RESIDENTS who sparked a change in British television licensing for the Royal Wedding have been featured by the BBC.

The residents at Muir’s Fusilier Court sheltered housing scheme helped ensure current licence regulations will be lifted on May 19th, when Prince Harry and Meghan Markle tie the knot in front of millions of TV viewers.

While most residents have television sets in their rooms - and licences - the communal area at Fusilier Court in Bury does not currently have a TV, or a licence. 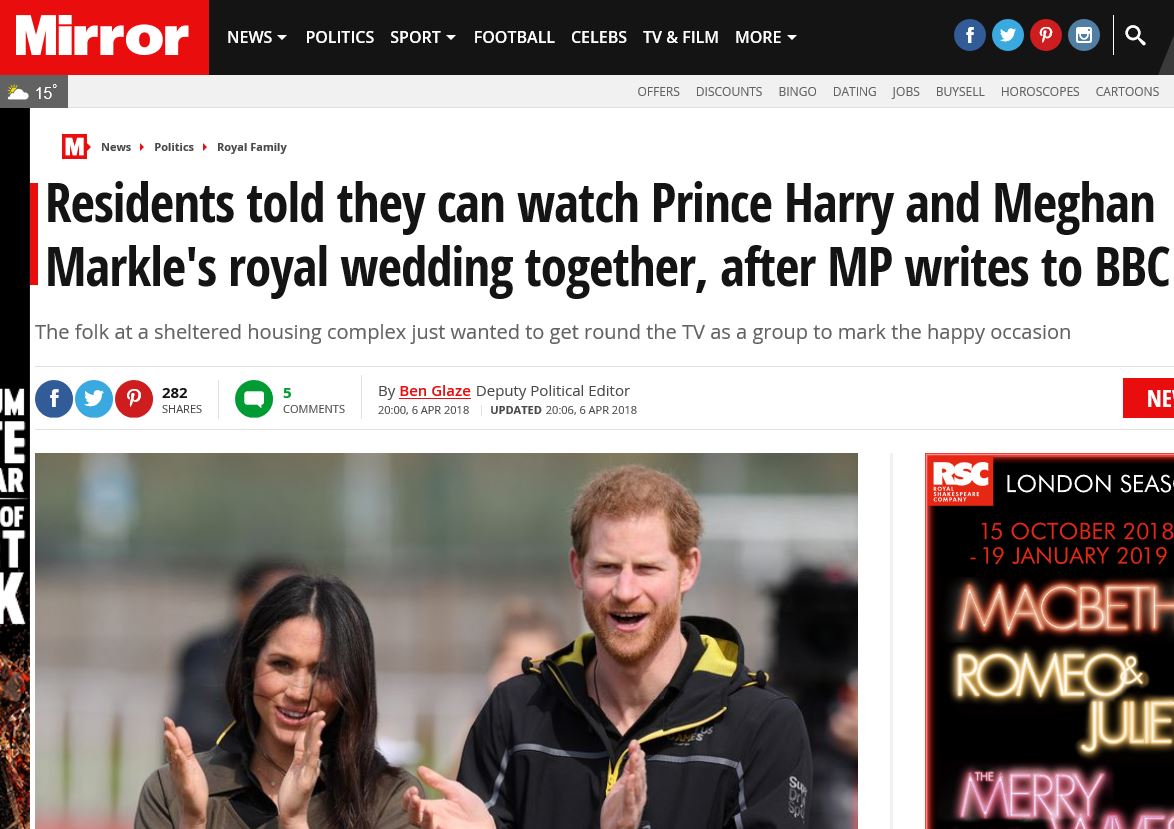 Rules suggested they must fork out £150.50 to get a new yearly licence for the pleasure of watching in a communal room where they wanted to enjoy watching the historic event together.

However, after enlisting the help of Bury MP, James Frith, the BBC has lifted its licence laws for the day – meaning communities across the UK can now watch the Royal Wedding in communal areas without having to pay the annual fee.

Their efforts were recently featured in The Mirror Newspaper (here), and the BBC has now made the announcement official (here).

Residents have since been featured on BBC Radio Manchester during presenter, Phil Trow’s, April 29th show.